I am currently a Marie Curie Global Fellow at Stanford University and Ca’ Foscari University in Venice, leading a project on Sunni-Shii Relations in the Middle East with a focus on Iraq. 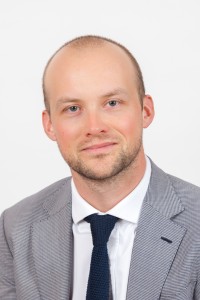 My research is characterised by the use of Arabic primary sources, archival work, fieldwork, and engagement with social science and historiographical debates. I am the author of Sectarian Gulf: Bahrain, Saudi Arabia, and the Arab Spring That Wasn’t (Stanford University Press, 2013), a book on the impact of the Arab Spring on the Gulf States. My second book, The Other Saudis: Shiism, Dissent and Sectarianism (Cambridge University Press, 2015) dealt with with the relationship between the Shii community in the Saudi Eastern Province and the Saudi state, and with transnational movements and Iran. It is based on fieldwork in Saudi Arabia and the wider region, and hitherto unused Arabic archives.

My forthcoming book, The Caliph and the Imam: The Making of Sunnism and Shiism, is a global history of Sunni-Shii relations, and is published by Oxford University Press. My work has also been translated into Arabic and Persian and apart from English I have published widely in German. Other research interests relate to the history of Leftist movements and the use of Islam as anti-Communism during the Cold War.

From 2015-2020, I was Senior Research Fellow in the International Relations of the Middle East at St. Antony’s College, University of Oxford, teaching courses on the International Relations of the Middle East, the Politics of the Middle East, and the History and Society of the Gulf States. In 2013, I was a Research Officer at the Middle East Centre of the LSE, managing a Research Project on the impact of the Arab Spring on the Gulf States. From 2011- 2015, I was a Research Fellow in Islamic and Middle Eastern Studies at Pembroke College, University of Cambridge. I have also been a guest lecturer at Universities in Europe, the Middle East, the United States and Australia. I gained my doctorate from the School of Oriental and African Studies (SOAS) in London. My dissertation was awarded the Aaron Wildavsky Award for the Best Dissertation on Religion and Politics by the American Political Science Association (APSA) in 2012.

My scholarly work has been published by major University presses and peer-reviewed journals. I have extensive experience in outreach and policy engagement, including through work with the International Crisis Group. My journalistic writing has been widely published  in the media and I have commented on current affairs, and appeared on major TV and radio networks, especially English and German-language ones.